Modwest is the pseudonym of songwriter and producer Jason Vaughn, a purveyor of fine electronic music.

By the 1940s, magnetic audio tape allowed musicians to tape sounds and then modify them by changing the tape speed or direction, leading to the development of electroacoustic tape music in the 1940s, in Egypt and France. Musique concrète, created in Paris in 1948, was based on editing together recorded fragments of natural and industrial sounds.

Music produced solely from electronic generators was first produced in Germany in 1953. Electronic music was also created in Japan and the United States beginning in the 1950s. An important new development was the advent of computers for the purpose of composing music. Algorithmic composition was first demonstrated in Australia in 1951.

In America and Europe, live electronics were pioneered in the early 1960s. During the 1970s to early 1980s, the monophonic Minimoog became once the most widely used synthesizer at that time in both popular and electronic art music.

Encore takes a simple and organized approach to presenting your content with understated charm and undeniable appeal. Display your music and videos in unique, gridded archives; showcase a playlist in a distinct, site-wide player; and much more.

Deliver what your fans want with Encore. 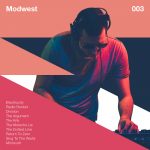 Check out the latest recordings!